For awhile now I've wanted to create a more appropriate cover for my tablet computer.  I've, also, wanted to try my hand at crocheting some of those cute flowers that I've seen all over Pinterest. 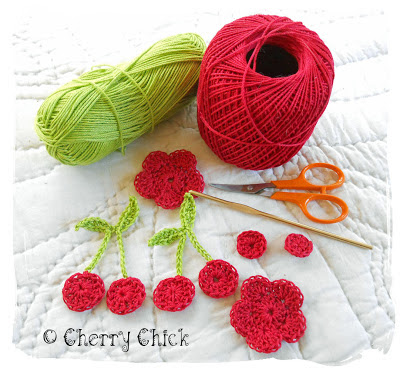 Last week I came across this black felted tablet cover while poking around Jo-Ann Fabric & Crafts.  I was doing so good keeping myself out of there but the lure of four 50% off coupons was just too much temptation.  I had managed to stay away since before Christmas but I'm only human!  What's a woman to do! 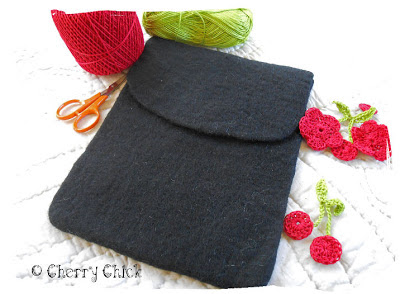 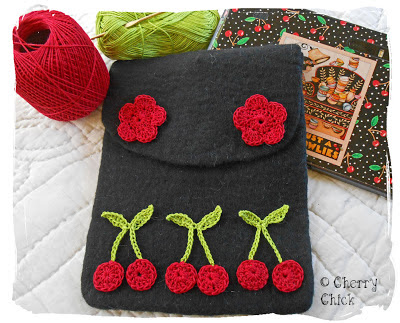 I sort of followed some flower and cherry patterns from Pinterest but then I made up my own variations on them.

I played around with the red flower idea and added in the Cherry glass lampwork cabochon bead but that wasn't working for me. 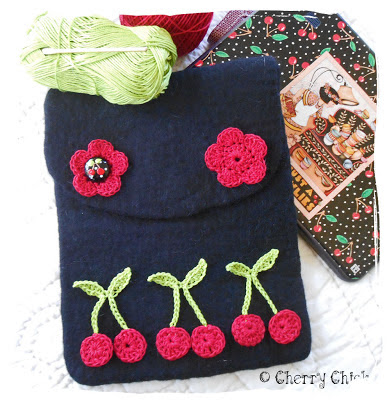 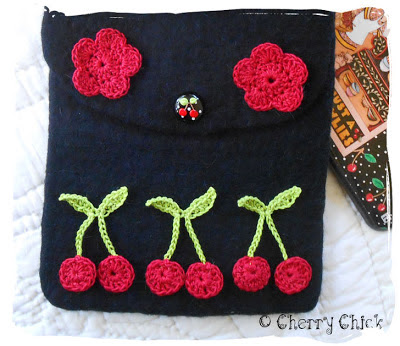 So then I decided to put the glass bead in the middle as a "button" accent.  I liked that better but it was too plain and would need to be embellished.
I figured out the cherry bead placement but then I decided that I wanted to change up the crocheted flower idea.  That's when I decided to create the little Fried Egg Flower Poppy look.  Much cuter idea right? 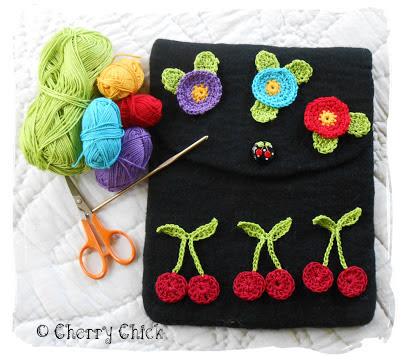 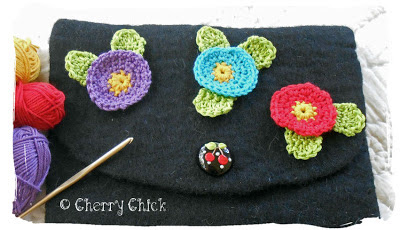 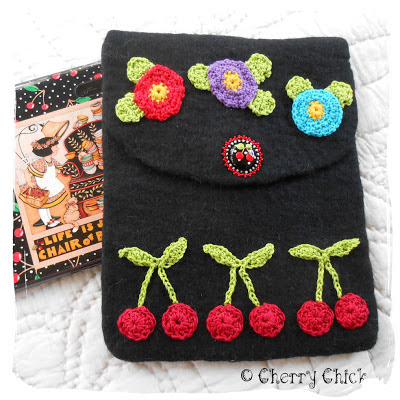 I did some bead embellishing around the cherry closure bead and finished attaching all of the crocheted flowers and cherries.

A closeup view of the embellished cherry cabochon bead.  I think it's now a much worthier cover for my tablet and way cuter than the old cover I'd picked up from Target over a year ago. 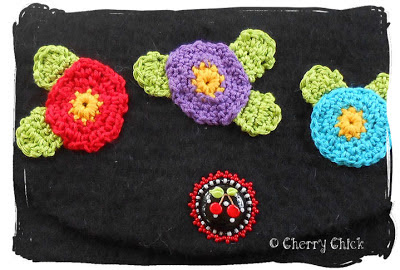 Thanks for stopping by and for letting me share.

is someone who knows all about you but Loves you anyway. 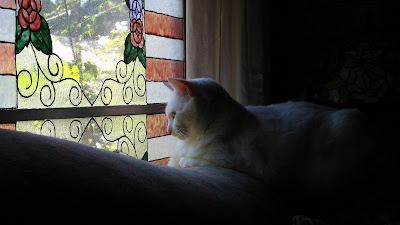 
I changed my font at scrappinblogs.blogspot.com

It's All About Me

Cherry Chick
My name is Vicki a.k.a. "Cherry Chick" I'm in Tampa. I love creating things and I've had a website for over 13 years now where I sell jewelry and other things that I have designed.

All images and text are the property of Vicki Anderson/Cherry Chick. Unauthorized reproduction and/or duplication of any part of this blog is prohibited. Copyright 2020